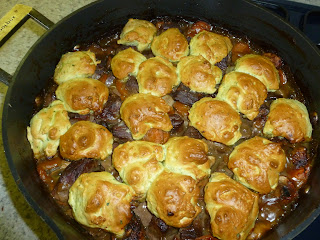 Again today is a lazy, cold day so I was looking for a hearty meal that didn't require much effort. We chose the recipe here which is also in the Cook Hearty book, but I Thermomixed it up.


So the initial steps were much the same, brown the lamb, add the vegetables and thyme. I wasn't too fussy with the veg quantities but I ddn't like the idea of squeezing it into a 2 litre pot so I made it in the CT saute pan. 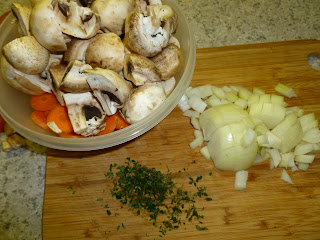 In hindsight I would probably double the sauce to accommodate the pot and any side dishes. I added a cup of extra water before putting the dumplings in but we are a whole family of gravy lovers. 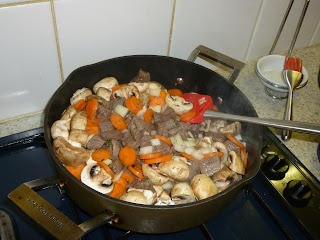 Add the liquid - I substituted Thermomix vegetable stock for the chicken stock. 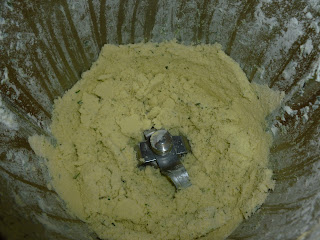 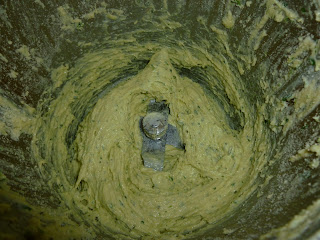 Add the liquid and in 5 seconds more (at speed 5) the dough is done. How about that? Dumpling dough in less than one minute!

This is what it looked like coming out of the oven - as it was a bit dry I added a cup of water. I may have left it in too long - I have a very efficient oven and we did take the dogs to the park. 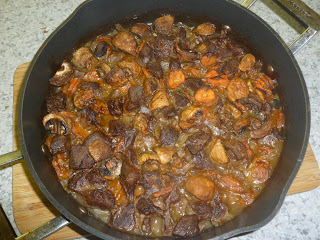 After I added the water it looked better 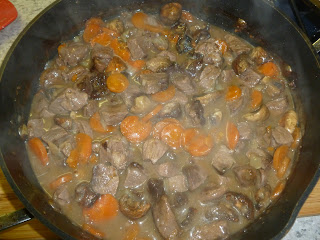 And here it is with the dumpling dough on top 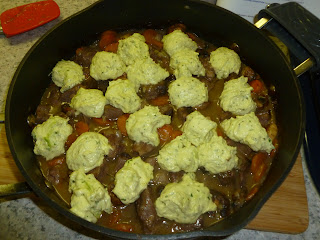 I served it with steamed cabbage, and warmed up vegetables from last night's meal (they only needed 5 minutes in a tray in the oven to reheat)